The Shibusa bow tie collection expresses the desire to reinterpret fabrics full of history and tradition by means of limited edition accessories to a single copy.

Precious craft knowledge gives life to creative visions of unique and exclusive accessories where precious Japanese silks made from kimonos of the fifties and sixties intertwine with the colorful and bright nuances of Biellese fabrics, symbol of the excellence of Made in Italy.

Shibusa bow ties are made in duobleface mode to create different emotions even on the same occasion without having to resort to two different products.

Selftied – The classic bow tie to be tied, usable exclusively by twisting and re-knotting the bow. The strap is equipped with two sliding loops to facilitate the most precise adjustment of the neck circumference.
The ideal product for true lovers of knot ritual.

Selftied hybrid – Bow tie to tie with openable hooks. A valid alternative for those who want the excitement of a bow tie to be tied without the thought of being caught unprepared.
The product is sent already knotted and easily usable as a bow tie pretied, but if necessary usable as a selftied bow tie.

Iron under the towel at low temperature

The kinsha is a silk crepe with the characteristic rippled “wave” surface that creates a usually thick and heavy fabric, much appreciated for kimonos and other accessories (furoshiki, handbags).

It is produced by keeping the weft yarns tighter than the warp, which in turn consists of two rubberized threads twisted together. After weaving, the fabric is washed eliminating gumming, and the two different tensions create the wavy effect.

However, the finished fabric cannot be washed with water, as it produces a strong narrowing, and deforms the head.

Nowadays, similar fabrics are produced using synthetic, cheaper yarns, and are often used in activities, such as the tea ceremony, where the risk of staining accessories is high.

The katazome decoration, very important from the Edo period (1615-1868), has a much older origin: the first examples up to our days date from the Kamakura era, (1185-1333), but probably the technique derives from others already in use in the Kofun period (250-552), coming from continental Asia.

In Japan the technique changed, especially with regard to the pasta used for the reserve: while it originally came from soy, in Japan it was replaced with rice, as it was easily eliminated with water.

It can also be produced and used with very different levels of environmental humidity, and has a consistency that adapts to stencils for very detailed and fine reasons.

Originally he used to use very small motifs (komon), for samurai garments (kimono, hakama and kamishimo). Starting from the middle of the Edo period however, due to a change in fashion, larger motifs became popular, while the small motifs, generally in white, were used for more formal garments.

Shibusa bow ties are made with real vintage Japanese decorative panels used and made in the fifties, sixties and seventies, for this reason they could present imperfections and signs of aging.

These imperfections are not to be considered a defect but are synonymous with uniqueness and authenticity.

The creation is inserted in an exclusive packaging ideal to keep the protected item, ready to be used as a gift box.

The color may vary due to differences in monitor settings.

The product being made with artisan techniques, it could undergo some slight variation compared to the measurements shown in the description.

There are no reviews yet.

Be the first to review “KEIKO” Cancel reply 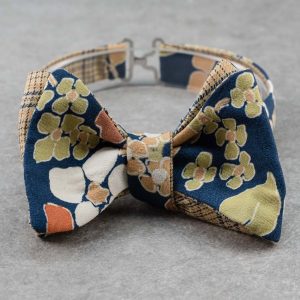 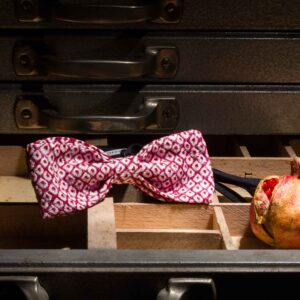 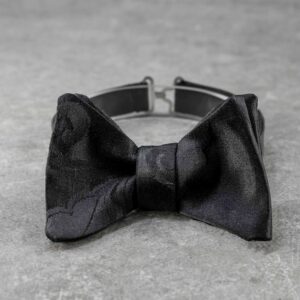 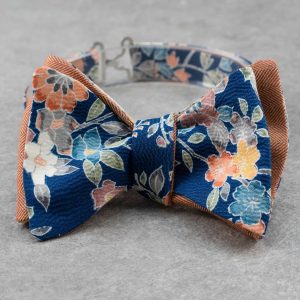 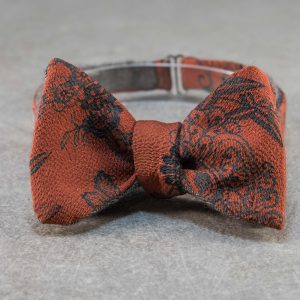 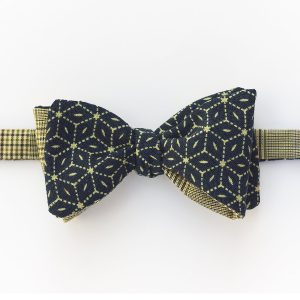